Write in the journal Polymers, a team of researchers from Oslo Metropolitan University and the University of Oslo in Norway investigated the characterization of void content and constituent components of composite polymer materials.

The team compared destructive and non-destructive methods and made recommendations on these methods which were made by the authors depending on the application and the type of composite material to be analyzed.

Carbon fiber reinforced polymers have been widely explored for several applications such as marine structural components, piping, aerospace applications, automotive applications, and carbon fiber microelectrodes. These materials exhibit favorable mechanical and physical properties that make them ideal next-generation materials and, in many cases, significantly reduce the weight of components used in many technologies. 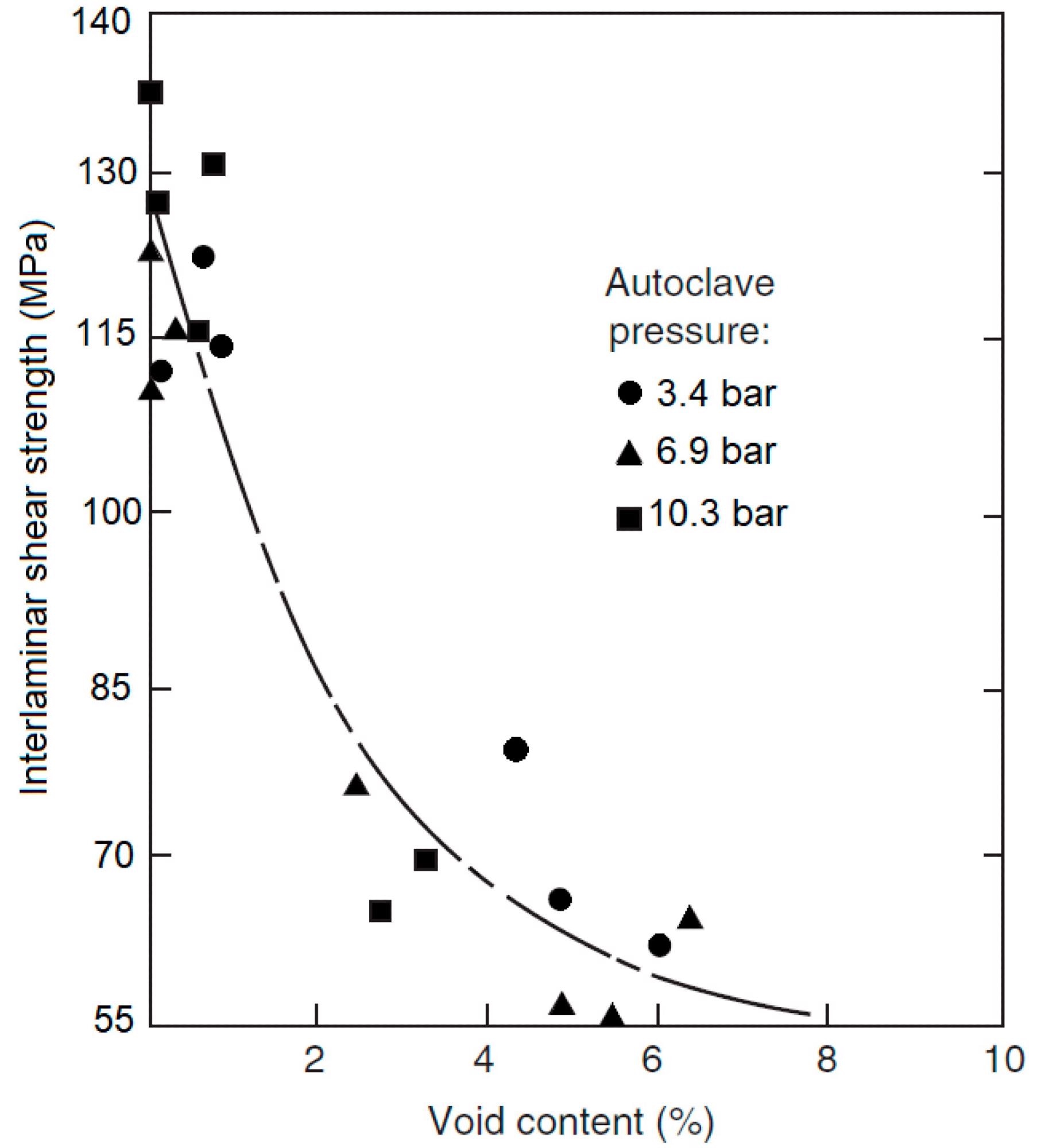 Void content can impact the performance of carbon fiber reinforced polymers. When coating fibers with resin, voids form due to the inefficient replacement of air inside the fiber structure with resin. Additionally, voids can form during lamination due to the entrapment of air bubbles and volatile materials. Other factors that influence void formation and resulting material quality include resin viscosity, processing parameters such as time and pressure, and resin temperature during manufacture.

Predominantly spherical in shape, the function of voids can intensify stresses and have a significant impact on the mechanical properties of the material. High void content laminates can crack easily and the bond between matrix and fiber can be weakened. Void content can also affect properties such as in-plane shear and flexural and tensile strength. Not only do voids affect the mechanical properties of materials, but they also damage fibers by facilitating abrasion and increasing the material’s vulnerability to the effects of weathering and water penetration.

Besides the void content, the fiber and matrix composition of the materials influence their properties and performance, having a dominant effect on the performance of the composite material. Knowing the density of the fiber and matrix components of the material as well as the volume of the sample prior to matrix removal provides information about the volume of the void content.

In the automotive and aerospace industries, standardized gravimetric tests are used to remove matrix content and measure sample mass before and after matrix removal. Recently, the development of numerical techniques and improved computing power have facilitated the development of advanced numerical modeling to determine void content in composite materials. Several studies have used different numerical approaches for this purpose, providing useful insights for researchers working in the field of carbon fiber reinforced polymer research.

Thus, to ensure the performance and quality of carbon fiber reinforced polymers, the level of void content must be significantly reduced during manufacturing. Several methods have been used to reduce their content during manufacturing, such as vacuum bagging and autoclave curing, but these methods cannot eliminate voids entirely. 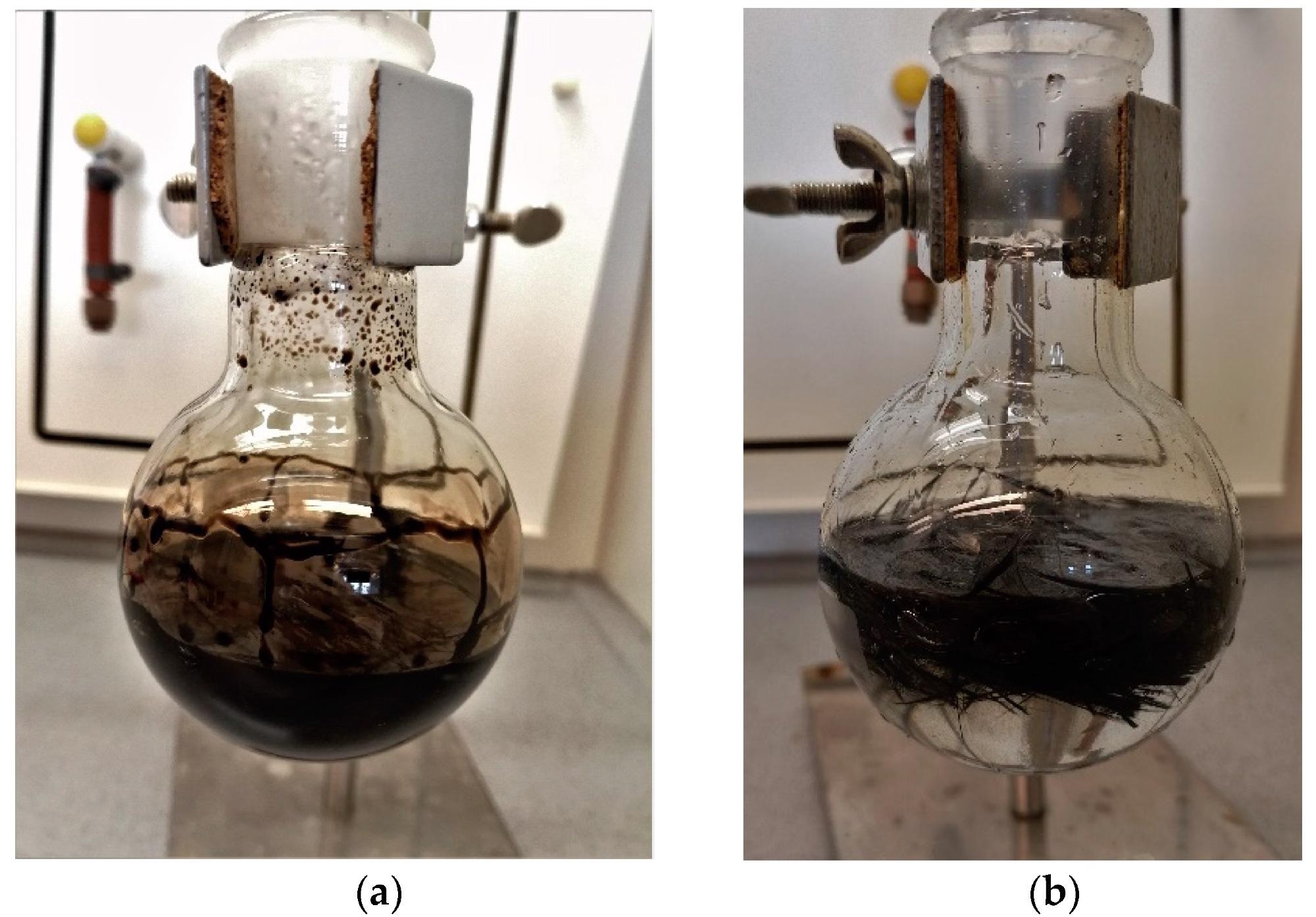 (a) Carbon/epoxy sample during sulfuric acid digestion; (b) after adding hydrogen peroxide Description of what is contained in the second panel. Image credit: Elkolali, M et al., Polymers

There were several additional objectives of the study. The authors evaluated the destructive tests to study their accuracy and make a recommendation on the most appropriate test. Non-destructive testing was also evaluated. The resolution of the results of this test and the ability to perform and export the 3D analysis were evaluated by the authors. Numerical analysis on the digitized and reconstructed data of the tested material samples was performed to allow further research on the prediction of laminate strengths and the comparison of mechanical test results.

The authors demonstrated that the use of sulfuric acid was favorable, being much easier to use. The duration of the experiment was less than one hour, compared to forty hours for nitric acid, and the use of sulfuric acid was cheaper and could more accurately determine the mass content of the reinforcement and the matrix. However, more safety equipment was needed as it involved more risk. However, destructive testing was not as accurate as Micro-CT scanning in identifying microvoids.

“µCT 2” scanned sample showing the composite in gray and the voids in red; (a) the digitized sample, (b) a cross-section showing the voids in the sample. Image credit: Elkolali, M et al., Polymers

While Micro-CT scanning can more accurately determine microvoids, the results demonstrated that it could not distinguish between matrix and reinforcement due to the lack of significant difference between them. However, like all non-destructive testing, the advantage of the Micro-CT scanner is the ability to perform other analyzes on the same sample.

The authors said that future research will involve validation of FEM via mechanical testing and study the correlation of micro-CT results to predict composite laminate strengths in the as-built and out-of-plane state. In addition, future work will be used in the design of a deep autonomous underwater vehicle hull by adapting the mechanical properties of carbon fiber reinforced polymers.

Disclaimer: The views expressed herein are those of the author expressed privately and do not necessarily represent the views of AZoM.com Limited T/A AZoNetwork, the owner and operator of this website. This disclaimer forms part of the terms of use of this website.

“ The global fiber optic converter market is growing at a pace High CAGR during the forecast period 2022-2028. Growing interest of individuals in this industry is the major reason for the expansion of this market and this has led to several changes in This report also covers the impact of COVID-19 in the world […]

Bioglass fiber is composed of several compounds such as calcium/sodium carbonates, silica gel, and dibasic sodium phosphate, which offer different compositions for specific end-use applications. Growing demand for bioactive materials in emerging countries due to their ability to form bonds with soft and hard tissues is expected to fuel product demand in the coming years. […]